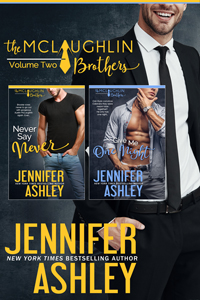 Books 3 and 4 of the McLaughlin Brothers, collected into one PRINT volume:

Give Me One Night (McLaughlin Brothers, Book 4)