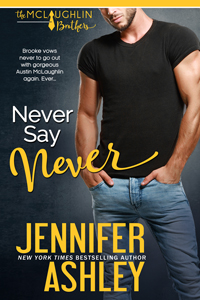 Book Three of the McLaughlin Brothers