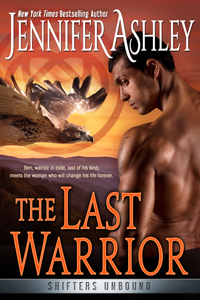 Ben, the last of a warrior race destroyed by the Fae, has lived a thousand years in exile and now has found a place among the Shifters. He’s the caretaker of a sentient house outside New Orleans, and the Shifters turn to him when they’re in dire trouble. Even so, Ben is aware of his aloneness, his people gone forever.

Rhianne, daughter of the powerful Lady Aisling, is in a jam. She’s pursued by an ambitious and ruthless Fae lord–marriage to her will help him become emperor. Rhianne sees only one escape, to flee her home for the world of humans and Shifters.

But for that, she’ll need a guide and a protector.

Ben just happens to be handy, using his skills to help other enemies of the Fae. Lady Aisling asks him for the favor of his life—to rescue Rhianne and take her to the human world, even if it means putting him in the most danger he’s faced.

Rhianne is reluctant to trust her fate to the unknown Ben, but she soon finds the human world, the Shifters, and most of all Ben, have captured her fascination, and possibly her heart.

She also knows her days in this world are numbered–she’ll have to return when the danger is over and take up her place in her own realm. Ben himself knows he’ll have to let her go, the Fae world far too perilous for him.

But Ben wonders if he’ll be able to settle for a Happy-for-Now with Rhianne if it means sacrificing Happily Ever After. 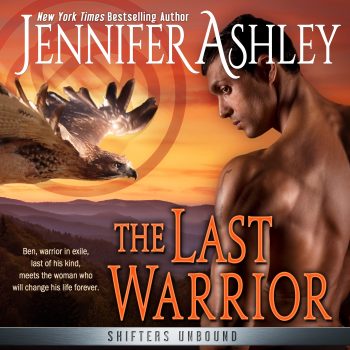