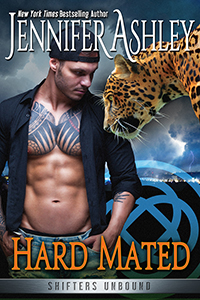 Spike, a wildcat Shifter and the champion fighter of Shiftertown, is stunned when Myka, the best friend of a dying human woman, announces that Spike has fathered a cub. What’s more, the mother is giving the boy to Spike to protect and raise.

Myka is not sure that a wild fighter named Spike is the best man to bring up the cute little jaguar cub. She goes to Shiftertown to check out Spike, and finds that the man behind the name is a lonely Shifter who’s lost most of his family and is a fierce caretaker to those he has left.

Spike is torn between the cub and his duties as tracker to the Shiftertown leader, and begs Myka, the only person who understands, to help him. He starts to like the sassy Myka, a horse trainer who’s not afraid of working with animals, even if they’re wildcats who turn into humans.

When Spike’s job puts his cub and Myka in danger, Spike is forced to choose between those to whom he’s pledged his loyalty and his need to protect the woman and cub he’s come to love. 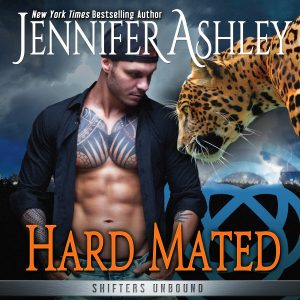 Hard Mated is available on audiobook from these online booksellers: