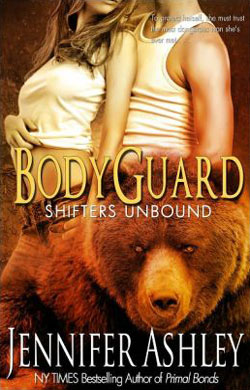 The store’s owner had short and sassy black hair with a few red streaks, a compact but curvy body, and a fine-lined tattoo peeking over the collar of her shirt. Her blue eyes right now were wide as she contemplated the gun barrel aimed across the counter at her.

Ronan ducked his huge bulk back down behind the aisle partition, where he’d been crouching to examine merchandise on the bottom shelf. The robber hadn’t noted Ronan, who’d come in to do some late-night shopping, almost hidden at the back of the SoCo novelty store. Ronan was willing to bet that the store’s owner, Elizabeth, didn’t remember at the moment that he was there either.

It was just the three of them on this Friday night: Elizabeth, the robber with the gun, and Ronan, who started making his way noiselessly toward the front counter. Ronan didn’t dare charge while the gun was almost against Elizabeth’s nose–one wrong move, one sound, and Elizabeth was dead.

The robber wasn’t much more than a kid; maybe twenty as humans figured age. Would be still a cub if he were Shifter. Humans couldn’t control their young, Ronan thought in disgust. He’d have taken down any cub that even contemplated carrying a gun, let alone robbing a store.

Elizabeth had her hands flat on the counter. Ronan smelled her fear but also her rage. This was one of the few stores that allowed Shifters inside it, so Ronan knew a little bit about her from the Shifters who regularly shopped here. The human woman Elizabeth Chapman owned this store and worked it with her younger sister, Mabel. The store and the money in it were all they had.

Just stall him, sweetie. Don’t do anything stupid.

The man put a shoulder bag on the counter. “Put the money in there. All of it.”

“I only have about two hundred dollars.” Elizabeth’s voice was shaky, but Ronan heard the desperate edge to it. She was going to try to bluff him.

“I didn’t ask you how much you had, bitch. I said put it in the bag. Then we’ll check your safe.”

Give him the cash, Ronan willed silently. Lead him back here.

“I already made the night’s deposits,” Elizabeth said.

“Don’t lie to me, chica. I know when you make your deposits. I’ve been watching you. Now put the cash in the bag.”

Ronan sensed Elizabeth’s pounding heart, scented her fear sharpening over the oily smell of the arrogant young man. The kid wasn’t wearing a mask or keeping out of sight of the store’s cameras. That meant he didn’t care if Elizabeth would be able to identify him later, which meant that either he was overconfident, or he meant to kill her and be long gone before any cops arrived.

Elizabeth made a little sound of pain, and Ronan knew the man had grabbed her. His blood boiled, the Shifter in him wanting the kill, and he almost came up roaring. Not yet. Not yet. But the bastard would pay for hurting her.

Elizabeth and her robber went by the end of the aisle, the guy carrying his shoulder bag, his gun shoved into Elizabeth’s side. The look on Elizabeth’s face was blank, resigned. She thought she was about to die. She didn’t look around at the faint sound of Ronan shucking his jeans; never turned her head to spy him in the shadows, ready to shift. The robber kept his gaze straight ahead, focused on the office door and the potential money behind it.

Elizabeth fumbled with her keys, unlocked the door, and opened it. The lights were off. The robber shoved Elizabeth inside in front of him and let go of her long enough to reach for the light switch.

Elizabeth heard a small sound then felt a rush of air as something huge barreled at her in deadly silence. She saw a giant face, a massive ruff of fur, an open maw, a collar around a gigantic neck, and wide dark eyes with murder in them.

The robber, a young man with black hair and dark eyes, still had his hand on the light switch. In the next instant, the doorframe and wall around it splintered, and the robber found himself knocked to the floor with a Kodiak bear on top of him.

Elizabeth scrambled to her desk, grabbed the pepper spray she kept in her drawer, and snatched her cell phone out of her pocket at the same time. She turned around, but stopped, watching in shock as the young man struggled against all odds with the colossal bear on her Victorian pile rug.

The robber’s gun went off with a boom of noise. Elizabeth screamed. The bear roared, the sound shaking the walls, and blood splattered to spray the floor.

The bear drew back a paw with six-inch claws and backhanded the robber across the face. The guy’s head rocked. Still he fought, and the bear struck again. This time, the young man went limp, slumping to Elizabeth’s rug in an ungainly heap.

The bear climbed to his feet, swung his great head around, and fixed red-raged eyes on Elizabeth.

He was the biggest living creature Elizabeth had ever seen. On all fours, the bear stood about six feet tall at the shoulder, which put his head well above Elizabeth’s. His breath huffed between immense and sharp teeth, his growls rumbling from his throat like thunder. His gaze still locked on hers, he took a step toward her on one massive paw.

Elizabeth brought her hand up, aimed the can of pepper spray at his face, and gave him a full dose.

The bear blinked, drew back, blinked again, sat down on his hind legs, and rocked his head all the way back. Then he sneezed.

The noise exploded into the room like a sonic boom, vibrating papers on the desk and rattling the Victorian prints on the walls in their prim and proper frames.

The bear rose on his hind legs again and kept rising, ten feet–twelve–fifteen, his bulk hunching to fit under the low ceiling. At the same time, his immense body started to shrink. The bear’s face contorted, muzzle shortening, as did, thank God, his teeth.

In about thirty seconds the bear was gone, and a man stood in its place. The man was just as massive as the bear–at least seven feet tall, with chocolate brown hair buzzed short, eyes as dark as the bear’s, an almost square face with a once-broken nose, and a chin and jaw dark with five o’clock shadow.

He wiped his streaming eyes. “Shit, woman,” he said in a voice that brought down a trickle of ceiling tile dust to whiten his hair. “That itches.”