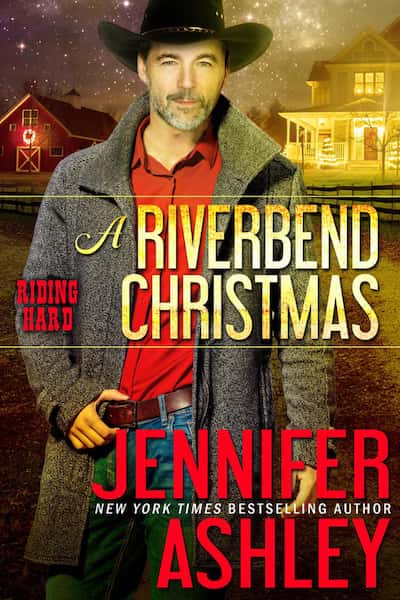 You what?” Sam Farrell glared at his acquaintance Vince Morgan in disbelief. They stood together in Jack Hillman’s lumberyard, stacks of boards climbing around them, the scent of sawdust and fresh wood filling the chilly December air.

“It was a long time ago, Sam.” Vince spoke as one who didn’t think the past important. “I’d almost forgotten about it, until I heard about Olivia’s plans.”

“And in all these years, you and Carew didn’t tell her?” Sam started to back Vince into the nearest lumber pile, barely noticing in his agitation that he did it. “Hell, no one told me either.”

Vince had just announced that Sam’s oldest friend, Olivia Campbell, was about to be screwed out of what she’d worked so hard for—her sons too.

Vince regarded Sam nervously. Sam had always been big—one of the Farrell men—and he still was, with strength that hadn’t much diminished with time. Though Sam had left Riverbend three years ago to bask in retirement in San Antonio, he’d kept himself in shape. Vince, by contrast, had let himself go.

“I never did anything with it,” Vince protested. “Didn’t demand anything from her, and neither did Carew.”

“She’s been seeing Carew,” Sam said. “So my nieces tell me. And he’s lied to her this whole time?”

“He didn’t tell her the truth. Neither did you.” Sam eased from Vince to Vince’s obvious relief. “Same thing.”

He imagined Olivia’s shock when she found out, her anger. Most of all, she wouldn’t be able to go through with her idea Sam’s nieces had told him about. It was supposed to be a deep, dark secret, but nothing stayed secret long in Riverbend.

“We did it to help her,” Vince bleated. “Dale Campbell was a mess.”

Okay, that Sam couldn’t argue with. He’d loved Dale like a brother, but it was true he could get himself into some deep shit, including shit like this he hadn’t even told Sam about. Dale had been a wild man, and everyone had been stunned when he’d married cool, sweet, beautiful Olivia. Stunned again when Dale had died in a wreck barely into his thirties, leaving Olivia with four sons between ages ten and five.

Everyone had expected Olivia to fall apart or at least sell up and move out of Riverbend, but she’d proved that steel lay beneath her gentle exterior.

Sam advanced on Vince again. “You can dress it up all you want, but what it comes down to is you’re about to break a woman’s heart. Not to mention piss off her sons, and you do not want them to be mad at you. One is the county sheriff.”

Vince lifted his hands. “What’s done is done. Carew will fix it.”

Nick Carew headed Riverbend’s one bank. He’d kept it afloat in bad times and good, and was another man Sam had known all his life. Everyone trusted Carew, he of the impeccable suits and easy words. He’d always been a hard worker, an overachiever, and he’d put Riverbend first—or so he’d claimed.

“The hell he’ll fix it.” Sam swung from Vince, ready to end this conversation. “I’ll tell Olivia myself.”

“I saw her go into the diner.” Vince’s tone indicated he was trying to be helpful.

Without a comment, Sam marched down the aisle, seeking the open double doors and cold sunshine outside.

Jack Hillman, the biker who owned the business, glanced at him from where he stocked wares at the end of the aisle. He’d been close enough to hear the entire conversation, but Sam had learned that Jack, as hard a man as he was, could keep his mouth shut.

Sam clapped on his cowboy hat as he exited into daylight and strode around the town square, ignoring its glittering Christmas decorations and big tree. A giant calendar for the month of December reposed next to the tree, with each day in the month X’d out and December 25th in a big red circle. Only six more days to go.

Sam acknowledged this peripherally as he skirted the square and headed for Riverbend’s diner.

“Dale would have loved this.”

Olivia Campbell spoke dreamily, her coffee cup dangling between her fingers. She’d drifted into thought, reaching into the past, where she’d been young, excited, and happy. She imagined Dale’s handsome face creased in his smile, a light of wickedness in his eyes.

“Is this a private conversation, or can anyone join it?”

This dry comment came from the man across the table, his graying hair making his eyes a deeper blue. Nick Carew had already been an awe-inspiring adult making his way up in the world before Olivia had finished high school.

Olivia quickly set down her cup. Nick had secured them a corner booth at the diner so they could talk quietly. Olivia should be making her announcement and asking for his assistance instead of daydreaming, but she couldn’t help herself. Things were going to change in her life and making this decision had drawn up memories of Dale and her past.

“I was just thinking how this Christmas would have made Dale so happy,” she answered. “All our sons and their wives and children coming for Christmas dinner. The house will be full and lively. Grace has already started cooking up a storm, and the other girls are going nuts with the decorating.”

“How are the boys taking that?” Carew asked, eyes crinkling.

Olivia couldn’t stop a smile. “They’re as excited as their wives, though they won’t admit it. Watching Carter and Faith help little Zach hang decorations is priceless.”

Carter, the sullen-eyed youth who’d openly defied Olivia when she’d first brought him to the ranch for an at-risk teen program, had grown into a thoughtful, kind man who loved his wife and children with deep intensity. She was proud of him for coming so far. Not that her other sons hadn’t turned out well or worked as hard—they had. She loved them all to distraction.

“And now, as I said, I want to give them all a special Christmas gift,” Olivia concluded. “One they can treasure for years to come.”

She’d rehearsed the words in her head for weeks once she’d reached her conclusion. It was time, she’d known in her heart.

Olivia had wanted to keep it all secret from her family, however, until she worked out the details with Nick. She’d need Nick’s help because if you did anything financial in this town, he was the one who drew up the documents. Hence her call to him, and Nick agreeing to meet her in the diner for lunch today—the diner, not the bank, so no one would suspect this encounter was about business.

She and Nick had dated a few times, so Olivia felt a little awkward sitting here—she’d started wondering if their relationship was going anywhere. Nick’s wife had passed on several years ago and he’d been lonely, though not seeking a commitment. He hadn’t said any of this specifically, but Olivia knew he and his wife had been in love for many years. Olivia suspected Nick was looking for companionship, not a grand passion.

Olivia didn’t mind. Dale had been her grand passion, and once he’d been taken from her, she’d believed she’d never feel passion again. Dale had left a gaping hole in her life, but at least Olivia’d had many friends and projects to fill her time, not to mention four boys to raise—five when Carter joined them. She hadn’t had time to consider another relationship, not that Riverbend had presented her much choice of single men her age throughout the years.

“Olivia.” Nick’s eyes held trepidation as he regarded her across the table. “There’s something I need to …”

“What the hell, Carew?” The booming baritone sounded next to the booth and Olivia jumped, cold coffee splashing her wrist.

“Sam,” she exclaimed, the rush of sudden pleasure startling her.

Sam Farrell hovered beside the table, his muscular bulk blocking Olivia’s view of the festively decorated restaurant. His hard face was flushed in rage, his hair mussed from the hat he’d yanked off and tossed to the nearest seat.

The jolt that went through Olivia was an electric tingle of pleasure, a realization that she was very happy to see Sam, who’d moved from Riverbend three years ago, with only sporadic visits since. Whatever Sam was mad about didn’t mar the impact of his presence.

She flashed back to the day she’d come upon him and Dale Campbell lounging insolently on the high school bleachers, both trying to surreptitiously consume their longneck beers. Two wild Texas boys with cowboy hats and big smiles.

Dale had stolen Olivia’s heart, but that hadn’t blinded her to Sam’s appeal. Sam had been madly in love with Caroline, his high school sweetheart, until the day she’d died. Sam and Caroline had helped Olivia through her loss, and she’d always counted them her closest friends.

“Have you told her?” Sam was demanding of Carew.

“Haven’t had the chance?” Sam’s voice rose. “What the hell are you talking about? You’ve had twenty-seven years.”’

Olivia pulled her wayward thoughts together and paid attention to Sam’s outrage. “Twenty-seven years to do what?” she asked.

The men jerked their heads around. They regarded her exactly as Adam and Grant had once done as pre-teens trying to figure out how to explain why they’d been caught arm-deep in the refrigerator well before dinner.

“To do what?” Olivia repeated when neither answered. “Sam? When did you get back to Riverbend? And what hasn’t Nick told me?”

Nick sent Sam a hard look as though warning him to keep quiet, but Sam ignored him.

“I heard you were planning to sell Circle C,” Sam said to Olivia. “To your kids for a buck, as a Christmas gift.” He lifted a hand when Olivia tried to cut in. “What you’ll find out as soon as the legal stuff kicks in is that you don’t own half of your ranch. Dale sold it off years ago and swore everyone involved to keep it a deep dark secret from you.”

Return to A Riverbend Christmas 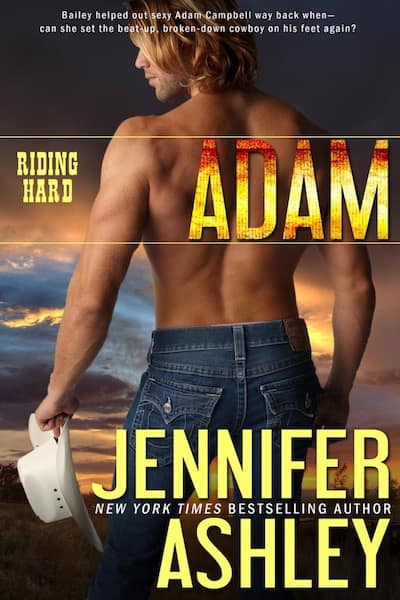 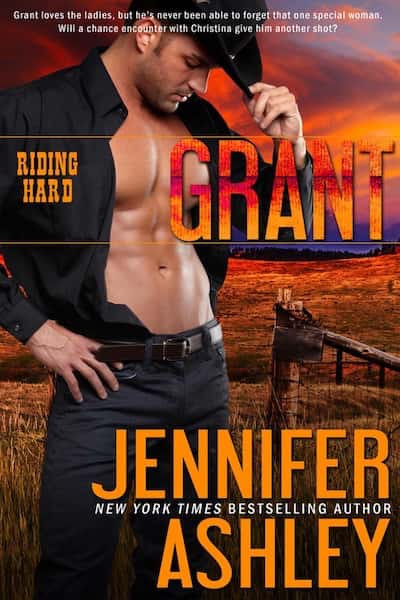 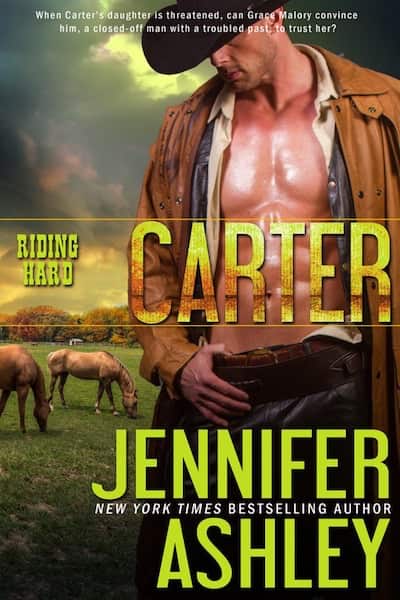 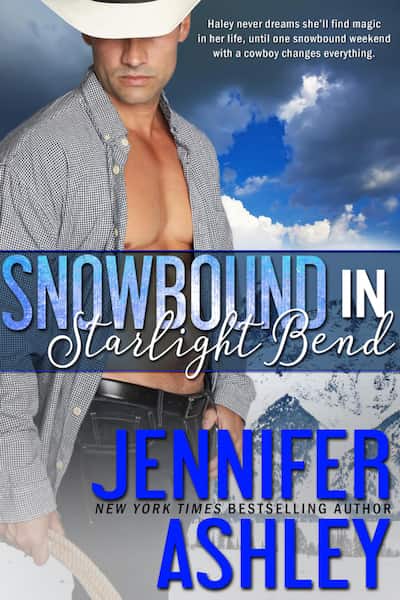 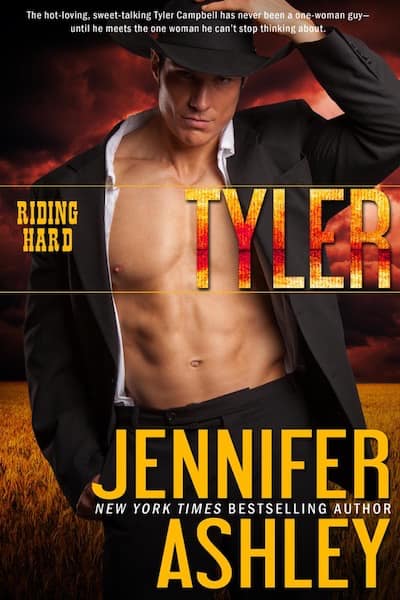 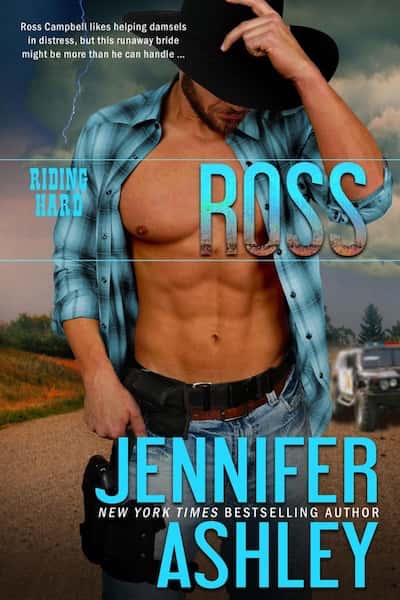 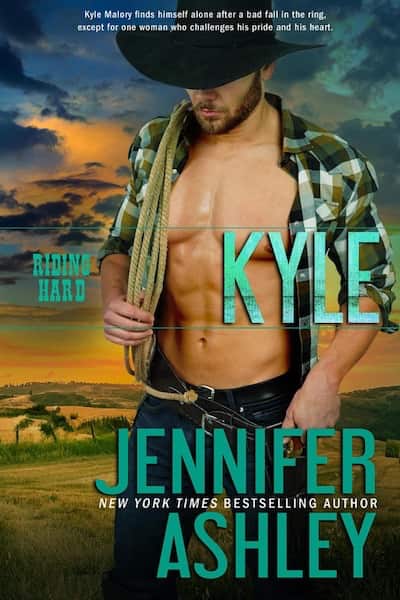 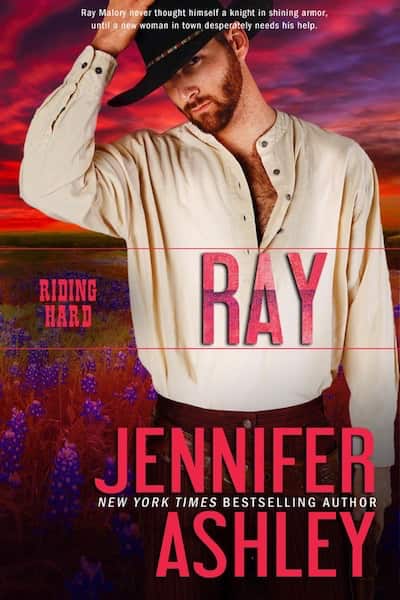 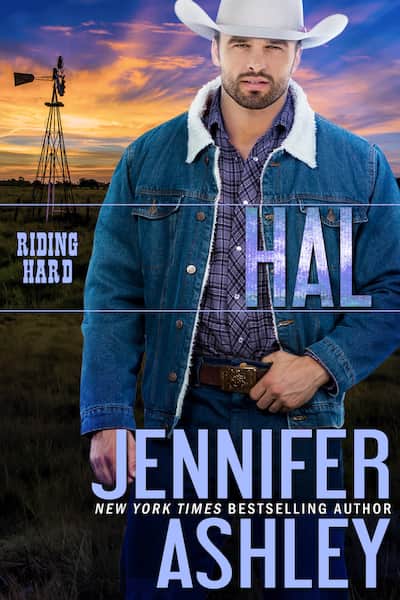