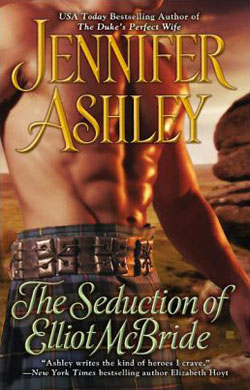 Juliana St. John was raised to be very proper. After a long engagement, her wedding day dawns—only for Juliana to find herself jilted at the altar.

Fleeing the mocking crowd, she stumbles upon Elliot McBride, the tall, passionate Scot who was her first love. His teasing manner gives her an idea, and she asks Elliot to save her from an uncertain future—by marrying her…

After escaping brutal imprisonment, Elliot has returned to Scotland a vastly wealthy yet tormented man. Now Juliana has her hands full restoring his half-ruined manor in the Scottish Highlands and trying to repair the broken heart of the man some call irredeemably mad. Though beautiful and spirited, Juliana wonders if that will be enough to win a second chance at love. 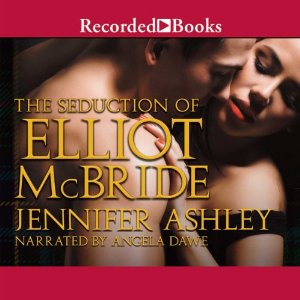 The Seduction of Elliot McBride is now available in audiobook from these online booksellers: