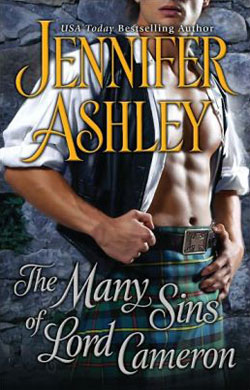 Lord Cameron Mackenzie is intrigued when he finds the pretty widow, Ainsley Douglas, hiding in the window seat of his bedchamber. Cam remembers Ainsley Douglas all right—six years ago, he’d caught her in this very bedchamber, during a house party in the Mackenzies’ Scottish manor. Enchanted by her ingenuous excuses, he decided to seduce her, but stopped shy when she’d made a rather touching appeal about her “good husband who didn’t deserve to be heartbroken.”

Later, Cameron learned that her visit to his bedchamber was part of some female intrigue against him, the kind his late wife used to practice. Ainsley protested her innocence, but Cameron’s anger made him never want to see her again. Now she’s back, at another houseparty—and Cameron finds the gray-eyed minx in his bedchamber, again. Her excuses are just as ingenuous, but this time Cameron is determined to teach her a lesson.

They have unfinished business, Cameron tells her. He asks her how many of her many buttons she’ll let him unclasp, promising that before the houseparty is over, she’ll be asking him to undo them all.

Ainsley’s dismay is real. She’s on a mission to prevent embarrassment to Queen Victoria, and time is running out. Though the needs he’d stirred long ago during her unhappy marriage rise again, she knows it would be foolish to fall for love-them-and-leave-them Cameron Mackenzie.

But he asks her a question that challenges her beliefs about love and happiness, and she finds herself risking all to be with the black sheep of the Mackenzie family. 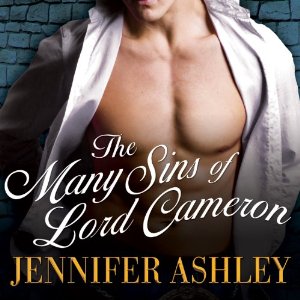 The Many Sins of Lord Cameron is now available on audiobook from these online booksellers: