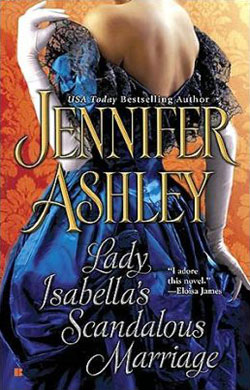 Six years ago, eighteen-year-old Lady Isabella Scranton scandalized all of London by eloping the night of her come-out ball with the notorious rake, Lord Mac Mackenzie. After three turbulent years of marriage, she scandalized London once again–this time by leaving him.

Now the reformed Mac has returned, and he wants one thing: Isabella back in his life, his house, his bed. He’ll do anything he has to, play any game, as long as he gets her back. Isabella resists, but when she agrees to pose for explicit paintings he’s been working on, she realizes her body has never stopped craving her husband’s very skilled touch. Mac is determined to show Isabella that he’s a changed man, but three years without her has only increased his hunger for her.

When an ingenious forger with designs on Mac’s paintings, and Isabella herself, comes dangerously near, Mac sets himself up as Isabella’s protector and vows to never leave her side, whether his independent and proud lady likes it or not. 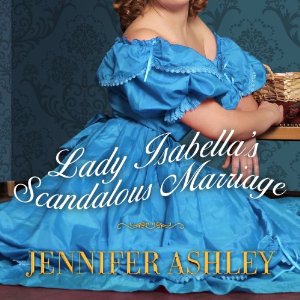 Lady Isabella's Scandalous Marriage is now available on audiobook from these online booksellers: