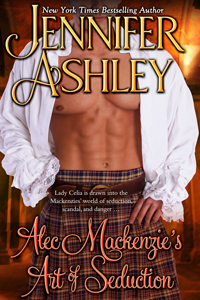 The Attic of Kilmorgan Castle, June 1892

Ian Mackenzie heard his name like music on the air. He didn’t look away from the task he’d set himself, laying each page in its neat stack on the desk, exactly where it needed to go. He knew Beth would come to him the same as he knew when his next breath would be.

She entered the attic with a rustle of skirts, pausing in the open doorway to catch her breath and push a strand of hair from her face. Ian did not have to glance up at her to follow her every move.

“Ian? What on earth are you doing?”

Ian did not reply until he’d laid another page in its stack and squared it to match the notebook next to it. Beth liked him to answer but Ian wanted to think out the sentences in his head beforehand so he could respond to her satisfaction. What he considered the most important part of an explanation was not always what others did.

“Reading,” he said after a moment. “About the family.”

“Oh?” Beth moved to him, the faint cinnamon scent that clung to her distracting. “You mean your family history?”

Ian had divided the surface of the large kneehole desk, left over from a century ago, into sections, one for every generation of the Mackenzie family. Those sections were divided into immediate members of that family. Papers, letters, ledgers, and notebooks had their own piles in each section, and they were stacked chronologically.

He laid his broad hand on the leftmost pile. “Old Malcolm.” Malcolm’s wife Mary’s journal had provided entertainment for many a winter night with tales of Malcolm’s exploits.

“Alec Mackenzie.” Ian rested his hand on the next pile then the one after that. “And Will.”

“You found their papers?” Beth asked in surprise. “I thought Alec and Will Mackenzie fled into exile after Culloden, when the entire family was listed as dead.”

Ian shrugged. “All is here.” He didn’t speculate on how the letters and journals of Will, Alec, and their families had arrived at Kilmorgan; he only cared that they had.

“Have you read them?” Beth looked over the neat stacks, a little smile on her lips. Ian had come to learn that this expression meant she was interested.

Ian didn’t answer. He’d read each paper, each notebook, before deciding in which stack it should go.

Alec Mackenzie had left sketchbooks full of drawings of his children, his wife, his brothers, his sisters-in-law, his father. Another portfolio held sketches of the skylines of London and Paris, and of the lands around Kilmorgan, as well as portraits of Alec Mackenzie himself, some of them intimate, Alec nude or in only a kilt, a wicked glint in his eye.

Ian opened one of the sketchbooks and pushed it toward Beth. This was of Alec as a young man, dressed in the manner of the early eighteenth century. His linen shirt had cotton lace at the cuffs, his long hair was pulled into a queue, and a strong face laughed out of the picture at them.

“Intriguing.” Beth’s breath was warm on Ian’s cheek. “He was the artistic one, I gather, like Mac.” She touched the paper. “But who drew this? Was his wife an artist too?”

“Celia.” Ian turned over a page to show a young woman with dark curls under a small lacy cap, a round face, and a rather impish smile. “She drew the cities.”

“Oh.” Beth clasped her hands as Ian revealed a stretch of London as it had been in 1746. Rooftops marched through the fog—she recognized the view from Grosvenor Square toward Piccadilly and Green Park, but gaps existed where houses were now. “That must be the sketch for the painting that hangs in Mac’s wing. How exciting.” She looked at Ian with shining eyes. “Tell me about them.” Her smile widened. “I know you remember every word of these.” She touched the cover of a journal.

For a moment, Ian’s interest in his ancestors faded into mist as he lost himself in Beth’s blue eyes. Beth was beauty, she was silence, she was the peace in his heart.

She was also stubborn in her own quiet way. She grasped his sleeve and towed him to a nearby dusty settee, one gilded and upholstered in petit point, which had come to Kilmorgan straight from Versailles.

Beth snuggled into Ian’s side and drew her feet up under her, a further distraction from deeds of the remote past. “Go on,” she said. “Tell me their story. All the details. I’ll let you know which bits to leave out when you tell it again to the children.”

Ian pictured the two of them gathering with Jamie, Belle, and Megan in one of their cozy chambers in Ian’s wing of the house, plus his son’s and daughters’ antics and blurted questions as Ian tried to tell them a straightforward tale. Jamie and Belle especially constantly interrupted him, and stories rarely got finished the way Ian planned them. He looked forward to it.

For now, Beth was warm at his side, her hair soft beneath his lips.

“A few months after Culloden, Alec Mackenzie left Paris and returned to England,” Ian went on. “He needed to find out what had happened to his brother, Will, who had vanished into the night weeks before and hadn’t been heard of since. Even Will’s contacts hadn’t seen him, and the family was worried. The last place Will had been reported was London, so Alec packed his things, took his daughter, used a false name, and journeyed to London …”

The screaming wove through Alec Mackenzie’s dreams and jerked him from sleep.

For a breath he was back on the battlefield, men keening as they died. Soldiers shoved swords into his neighbors, his clansmen, his friends—never mind they were injured and begging for mercy.

Another breath, and the noise resolved itself into the wail of a child who didn’t understand the pain of new teeth.

Alec wrenched himself out of bed, his nightshirt slipping from one large shoulder, his dark red hair tumbling into his eyes. He righted the nightshirt and stumbled into the chilly hall, not worried about trivial things like dressing gown and slippers.

No one stirred in the upper floors of the dark house on Grosvenor Square. This was one of the square’s larger mansions, six stories high, four rooms wide, and several rooms deep. Alec’s chamber was one floor down from the attic, his hostess pretending that Alec’s position wasn’t quite a servant but not quite deserving of something grander.

Alec’s daughter, Jenny, on the other hand, had to keep to a room in the attics, lest his hostess’s guests, the cream of intellectual society and patrons of the arts, discover that a child actually stayed in the house.

One-year-old Jenny didn’t care where she slept, but the positioning of the rooms made it a job to rush to Jenny’s side when she needed her da’.

Alec shouldered his way to the back stairs and hurried up a flight. His feet, hardened from running over Highland hills, never felt the roughness of the wooden stairs.

He bolted into Jenny’s nursery, cursing when he didn’t see the nursemaid Lady Flora had hired. The poor woman needed to sleep, of course, but she was snoring in the next room through Jenny’s screams, which were winding up to a pure Highlander howl. Alec’s youngest brother, Mal, had screeched like that.

“All right, wee one,” Alec whispered in Erse as he lifted his daughter into his arms, her soft warmth against his cheek. “Papa’s here.”

Jenny continued to cry, but she turned to Alec’s shoulder and snuggled down, recognizing her father. Alec held her close, snatching up the bottle of medicine the nursemaid had concocted for Jenny’s teething. Swore by it, the woman did.

Alec worked off the cork one-handed and flinched when the acrid stench of pure gin curled into his nose.

“Bloody hell.” Alec threw the bottle into the smoldering fire, where it splintered, sending a spurt of blue flame up the chimney. “Well, lass, we’ll have to find ye another nursemaid in the morning, won’t we? One who won’t poison ye with this filth.”

In the meantime, there was nothing to soothe Jenny’s pain, no other food, drink, or medicine near.

The room was cold as well. The small fire was here at Alec’s insistence—Lady Flora’s austere housekeeper saw no reason to waste fuel on a babe.

Alec lifted Jenny’s blankets from her cot, wrapped her up, and carried her down the stairs to his own bedchamber. He laid her in the bed and then folded his big frame into a chair that he dragged next to it, not wanting to take the chance of rolling on her in his sleep. She was so tiny, and Alec was a bloody great Highlander.

Jenny continued to cry, but as she warmed and calmed, Alec’s big hand on her back, she slept. Alec watched her, knowing that if anyone found Jenny here, he’d be standing before his hostess while she lifted her nose in the air and reminded him exactly how dangerous was his mission and that he should have left his child in France.

His daughter was silent now, sleeping in innocent happiness. Alec pulled a quilt over himself and drifted off, his slumber not quite so innocent and in no way happy.

But Jenny was safe, all that mattered for the moment. Now to make sure the rest of his family was as well.