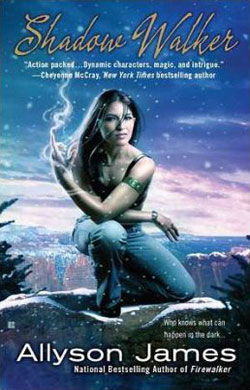 Winter descends on the town of Magellan, and new evil comes to call.

Racing her motorcycle down a lonely winter highway, Stormwalker Janet Begay feels the ground collapse beneath her feet. After tumbling two hundred feet into an underground cavern, she manages to escape with help from her sexy dragon-shifter boyfriend, Mick—but not before they disturb dark forces.

As Janet contends with a hotel inspector intent on putting her out of business, and her grandmother, who’s taken up residence, Mick’s behavior becomes strange and erratic, until he is a clear danger to Janet and her friends. Janet’s drag-queen, attitude-ridden magic mirror insists that Mick has been “touched by shadows,” and Janet realizes that someone is out to enslave her dragon. Now she must free Mick before he kills her… 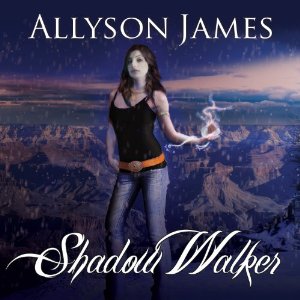 Shadow Walker is now available on audiobook from the following online booksellers: