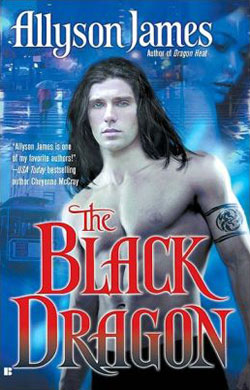 Riding home on a San Francisco train, Saba Watanabe is attacked by a white dragon in human form. He tries to enslave her but Saba has a trick or two up her sleeve . . .

Saba balled her fist around the pouch, nails tearing at the Chinese silk, a gift from her friend Lisa. As the white dragon tried to rip the pouch from her grasp, Saba”s thumb caught in the rip, and she felt the crystalline coolness of the dragon”s tears roll to her palm.

There was a sharp tearing sound and the crystals leapt from Saba”s hand. The train car filled with harsh, pounding magic that seared through every molecule until Saba thought her head would burst. A spear of light shot from the dragon”s tears, blasting through the car and lighting up the tunnel rushing past, earth and snaking pipes and cement.

The white dragon shouted in rage. Saba clapped her hands over her ears, trying to shut out the high-pitched whine of the magic, but it grew until she felt herself being crushed to a fine point. She dragged in her breath, scrambled away from the white dragon, and hauled herself onto a seat.

A man stepped through the brilliant shaft of light. He was taller than the average male, somewhere between six and a half and seven feet, his naked body a honed perfection of muscle. Long black hair swirled around his shoulders as though he”d been walking in a windstorm.

His arms were thick and corded with muscle, a tattoo of a dragon on his strong biceps. Black hair dusted his chest and brushed downward toward his pelvis, picking up again in a fine line below his navel. His large, thick stem pointed straight downward, suggesting how immense he would be when erect. The man”s face was square and hard, his expression cold as frost on a January day, and his eyes spoke of power.

Those eyes took in Saba in a quick glance, and she self-consciously put her hand to the trickle of blood on the side of her mouth where her lip had split.

Anger rolled from the man like a devastating wave. He turned that anger on the white-haired dragon who”d gotten to his feet, glaring at the newcomer in apprehension and fury.

Malcolm attacked him. The white dragon drew a long dagger, its shaft glittering in the magic light, but Malcolm knocked it aside and slammed the white dragon”s body over a seat.

They fought hard, Malcolm”s muscles bunching and flowing as he hauled the other dragon toward the opening the dragon”s tears had formed. The white dragon resisted with all his strength, but Malcolm pulled him inexorably toward the slit, face set and grim.

The dragon disappeared in a flash of white. A strong wind blew through the slit, clear and clean, sending Saba”s hair dancing.

He walked slowly toward her, every step deliberate. His silver eyes flickered as his gaze roved her, taking her in from the top of her wind-tossed hair to the tips of her black ankle boots. She remained motionless, unable to even draw breath to say his name.

His muscles rippled as he lifted his hand, the tattoo moving on his biceps. He touched the bruised side of her mouth, and under his fingers, the pain lessened, the wound tingling as the skin tugged itself together.

His touch moved to her lower lip, his fingertip running the length of the cut, closing it tight. A tiny drop of blood lingered on his fingertip, and he licked it away before he feathered a kiss across her lips.

Saba was too dazed to do anything but accept the kiss. She stared up at him as he straightened and traced her cheek once more.

He continued to stroke her cheek, his head moving a little to one side as though studying her. He said nothing, not to ask who the white dragon was or why he”d attacked her, why she was on the train, not even so how have you been in the last eight months?

His silence mesmerized her, and she couldn”t blurt any questions to him. She could only stand and feel him and wish she didn”t love the contact of his fingers on her skin.

The door behind her rattled, and Malcolm flicked his gaze to it. The normal sounds of the train came rushing back, the clicking of wheels, the hiss of the speaker as the conductor prepared to announce the next station, a person innocently moving into the car in search of an empty seat. The white dragon”s strange hold over the train had gone.

Malcolm gave Saba a final caress then turned swiftly, stretched out his arms, and dove through the slit. Just before the opening snicked shut, she saw a black speck of dragon in the distance spread his wings and take flight.

The slit vanished, the light died, and the train heaved itself upward to Embarcadero Station.

« Return to The Black Dragon

“Dragon fans rejoice as bad boy Malcolm makes a most welcome return! A villain in James’ first slam-bang adventure, Malcolm is now the romantic lead. The characters spark passion and bull-headedness, all while striving to save the world. Tasty and tempting reading!”